Learning To Live With Sickle Cell 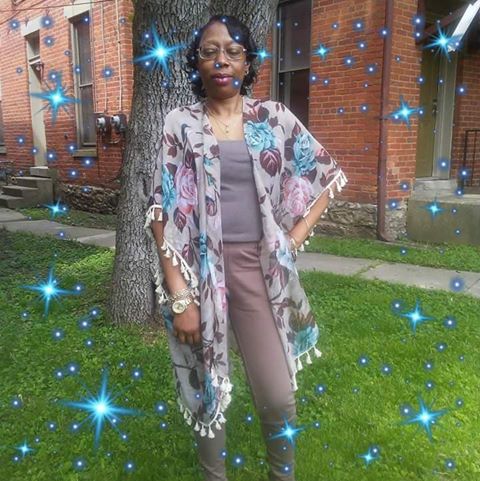 I had noticed a woman on Sickle Cell social media sites who shared a lot of her private self, all in the sake of awareness. She shared photos of herself in her hospital bed while in crisis, with tubes and machines surrounding her body. Then were photos of her in non-crisis, enjoying snippets of life. She had colorful clothes on, smiling with funky glasses. Another photo has her looking cute and spiffy in her jeans with a colorful shawl thrown over her shoulders. In one she pokes out her tongue in defiance of all of her challenges. In all her photos she looked brave and beautiful; I had to speak with her. I sensed that behind that brave smile there was a tragic story, I sensed she had risen above many obstacles and sickle cell just happened to be one of them.

We arranged a phone call and the voice on the other side was intelligent, self- assured and happy to talk about milestones of her journey. It is very strange when the faces of social media suddenly project a voice, and you talk to one another as if you’d known each other for years, and you actually have.

To ensure her privacy we’ll call her Tootie, her nickname. She told me she was born in Cleveland, Ohio and moved to Columbus in spring of ’88. She’d known she had sickle cell but no one bothered to teach her about it. Her most frightening memories were that when she was about four she overheard a doctor say she would not live past 13. Imagine the years edging towards the scariest birthday ever? Were you just gonna stop breathing? Possibly keel over in a heap and end up with a toetag? All these dreadful thoughts played out in her head as she got older and edged towards the dreaded birthday.

Her mother was killed when she was 5 and Tootie found her dead in the house. With nowhere to go, unable to care for herself she lived with an aunt who had no time for sickle cell and no inclination to recognize the symptoms and effects. If she hurt and told her aunt she was quickly told to shut-up, lay down, there’s nothing wrong with you, all the while giving her the ‘side-eye’. Of course this aunt also had a ‘golden child’ who was believed in every way and held above judgement. So, here we have a child growing up with sickle cell, ignored and cast aside even while suffering a bone marrow infection and pneumonia.

She was grandma’s baby and her grandmother did provide some humane care, massaging her painful body after soaking in a warm tub of water and gave her some care in her early life. When she was 16 she went to live with another aunt, who showed her affection and provided the support necessary to move on with her life, while learning more about sickle cell. She was taken to the hospital in crisis for the first time at 16. Tootie woke up one morning and could not feel her legs, in terrible pain, and fell to the floor screaming. She was sure it was time to break out the black dress.

That was her first hospitalization. The children’s hospital hematologist explained everything about sickle cell and exactly what her body went through during a crisis. He explained the long term effects and damage that takes place in the body to internal organs and to the eyes. He explained what happens when cells get stuck inside your veins. She learned to understand that all along she was not faking pain; finally she had a voice and could feel respected and believed that she was enduring terrible pain.

This second aunt bought her a day-planner for doctor appointments; she showed her compassion and made sure she had the tools needed to deal with sickle cell. She finally understood how her cells are battling one another, how pneumonia is a product of sickle cell. This was during the Aids crisis years and Tootie feared a blood transfusion and refused them in fear of contacting Aids. It was a time of learning about your own body and struggling to stay on top of sickle cell. It was finally time to make some health decisions of your own. Though she hated becoming an adult and “graduating” outside the Children’s hospital network, she eventually had to.

How Sickle Cell Controls Your Life

Today Tootie works during the warm months. Winter in Ohio can be brutal for those suffering from sickle cell and she has learned to dress warm and still look really cute. She designs her life around sickle cell because she knows sickle cell does not give you an inch of personal freedom. When it knocks on your door you are forced to answer it. But she has learned a lot, from that first awful time at 16, she is well versed on what sickle cell does. She is finally an informed patient which is the first most important step to take come control of your life. Everyone learns that if you have it, you have no real control over sickle cell. But you cannot make it become your life; you just have to include it as a part of everything you do.
Tootie 7/2019

Send Us Your Story!